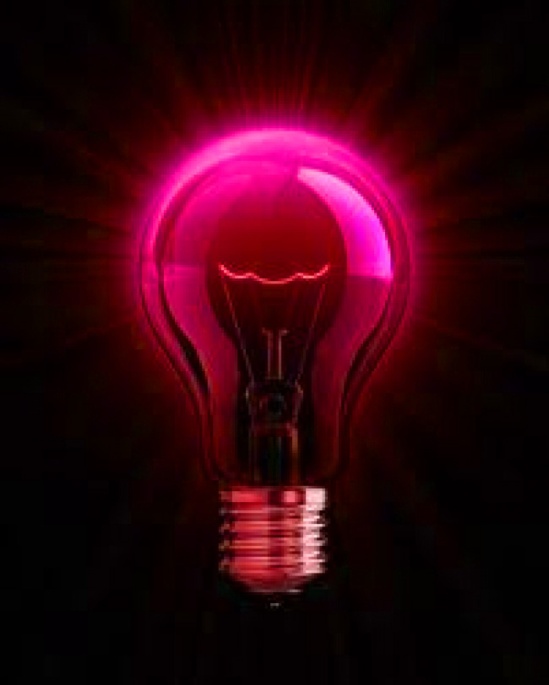 People who don’t write always want to know how an idea comes to life. Writing a novel is a Serious Business so they think, and therefore Getting The Right Idea is a (very) Serious Matter.

Quantum Demonology came from a lot of influences, but if I have to nail them down, it would be two events, both connected with…

We begin on a hot summer’s day in Copenhagen – June 23rd 2009, to be precise – when a Blonde walked into a record store to buy a CD…

The band in question was Seventh Void, the album was Heaven is Gone, and the store was my supplier of musical iniquity since 1989 – Sex Beat Records.

Imagine a hot day. Anyone with half a brain would be at the beach. But the sales assistant in the store was bored out of his mind, so when I walked in the door he perked up in an instant. I struck up a conversation about Seventh Void, about Type O Negative (my all-time favorite band and longest-running musical obsession), about Black Sabbath and Carnivore and Pantera and The Clash and The Damned, Siouxsie and the Banshees, Black Flag, the Ramones and the Buzzcocks and vintage punk and Best Ever punk bands and pushing musical boundaries and why Misfits alarm clocks are So Not Punk.

An hour later, I left with a box set and five CDs. Four more CDs – all of the same artist in six different band incarnations and two solo projects – would follow over the next year. Somewhere over the course of the summer and fall, everything changed.

Because when you dive into over thirty years of creative output from one person, you see themes, evolution, preoccupations. You begin to gain an understanding of the mind behind the music. Something clicked inside my head.

Four months later, I came across a PR photo ca. 1992-93. I was bored and restless that night, drumming my fingers on my laptop and staring at that image on my screen. And then, I thought the thought that began it all.

What if… Faust were a modern, 21st-century woman? What if the Devil were disguised as a rock star? What if I could rewrite that tale as a rock’n’roll story? Regardless of whatever genres I might personally prefer, it’s really all rock’n’roll to me.

Even now, even today, some of the music I bought that summer day in 2009 has never left my iPod. It fuelled the writing and a fair chunk of the subtext of the book, all the writing that followed later, and even what I’m writing now. Having said that, I also learned something about what you shouldn’t listen to at 3 AM in the morning unless you really need to be creeped out of your skull.

Conventional wisdom has it that all first novels are Faustian in a sense, except that Quantum Demonology was not my first novel but my second. And the old German folk tale of Faust is an old, old story about the price of a dream, of your soul and maybe your redemption, too. So when I first had the idea to turn it into a novel, I began with that enigma? charlatan? mage? known as Johann Georg Faust, supposedly the inspiration for the original tale. From there, it was a short hop and a skip to Christopher Marlowe’s Dr. Faustus, who made a spectacular mess of his Mephistophelean deal, and on to Goethe’s Faust which was really a cautionary morality play.

But the text that made the biggest impact on my story was not Faust in any incarnation (in the course of writing the book, I also hunted down F.W. Murnau’s staggering 1925 film) but rather John Milton’s Paradise Lost. I’ll go so far as to say that very few writers have done Lucifer quite so much justice – or had quite so much insight – as John Milton. Along the way, I was also inspired by Neil Gaiman’s American Gods and Anne Rice’s Memnoch the Devil, although I had a very different agenda than either John Milton, Neil Gaiman or Anne Rice.

For one thing, I wanted to make it a secular story. To take out the religious subtext of redemption and salvation and make it relatable. Not to mention real.

For another, this was a different story of a ‘No Future’ punk who found out to her own surprise she did have a future. Yet she needed to summon the courage to claim it. Or conjure it, which leads me to…

The astute reader will find many references from occult literature and grimoires – indeed, without the Goetia, the Lesser Key of Salomon, the Book of Abramelin the Mage or a few select works of Aleister Crowley, I couldn’t have written this book at all. I have to the best of my abilities tried to stay as true as possible to the facts in these works, but of course, they were twisted to fit the storyline. Although I doubt any of those redoubtable Adepts and Masters had quite so much fun with their subject matter as I did.

Quite a bit of the backstory of Quantum Demonology came from my own life and experiences. I was living a fair distance away from my native Copenhagen and missed it dearly, so many of the places I loved went straight into the book. I can’t say the same of New York and Brooklyn since I’ve never been there as an adult, but I do have a family of friends there who corrected my research where appropriate and one dear friend who lives five minutes away from a certain house in Ditmas Park that is very real indeed. Some of the sights can be seen on the page Locations. I took certain liberties with downtown Copenhagen geography and so far as I know, you can’t buy lattes in the Winter garden of the Glyptotheque (wouldn’t that be grand?).

Once upon a time, my former husband gave me an excellent piece of advice when I was struggling with another (and very different) story.

Imagine it as a film, and make the characters the actors or performers you could see in those roles.

This was precisely what I did while writing Quantum Demonology. In my mind’s eye, I can see them all with perfect clarity. Some of them even insinuated themselves into the storyline uninvited, but I’d like to make one very important point – as they are depicted in the book, they are very much creatures of my mind.

Likewise, a few others are inspired by people who were  a part of my life at different times, although I never have met anyone quite so snarky as Lilith.

This site uses Akismet to reduce spam. Learn how your comment data is processed.